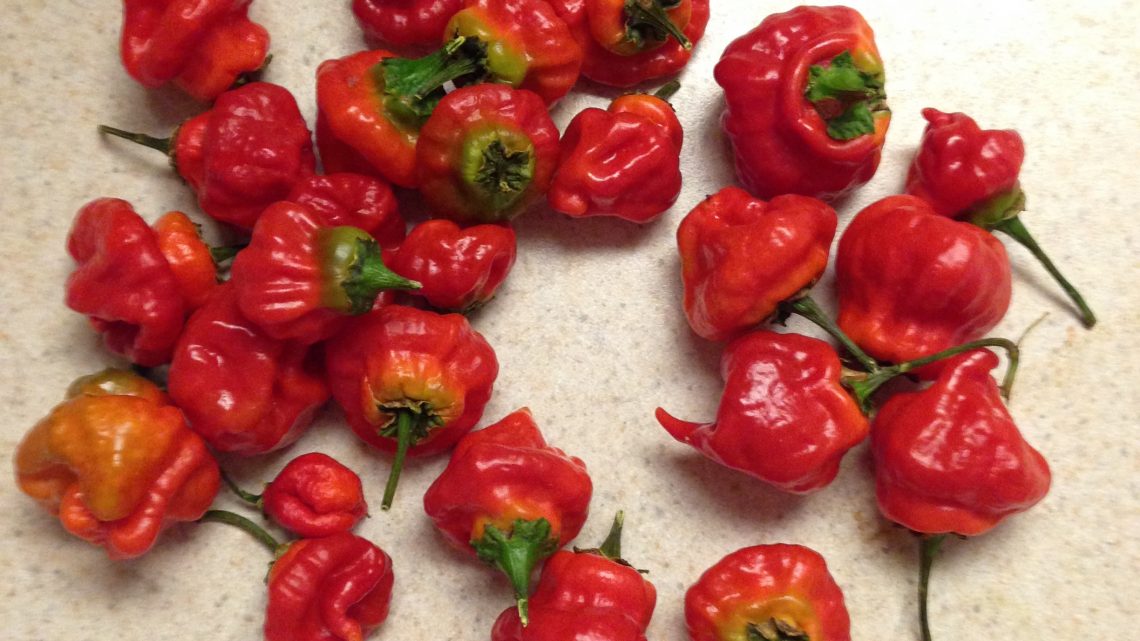 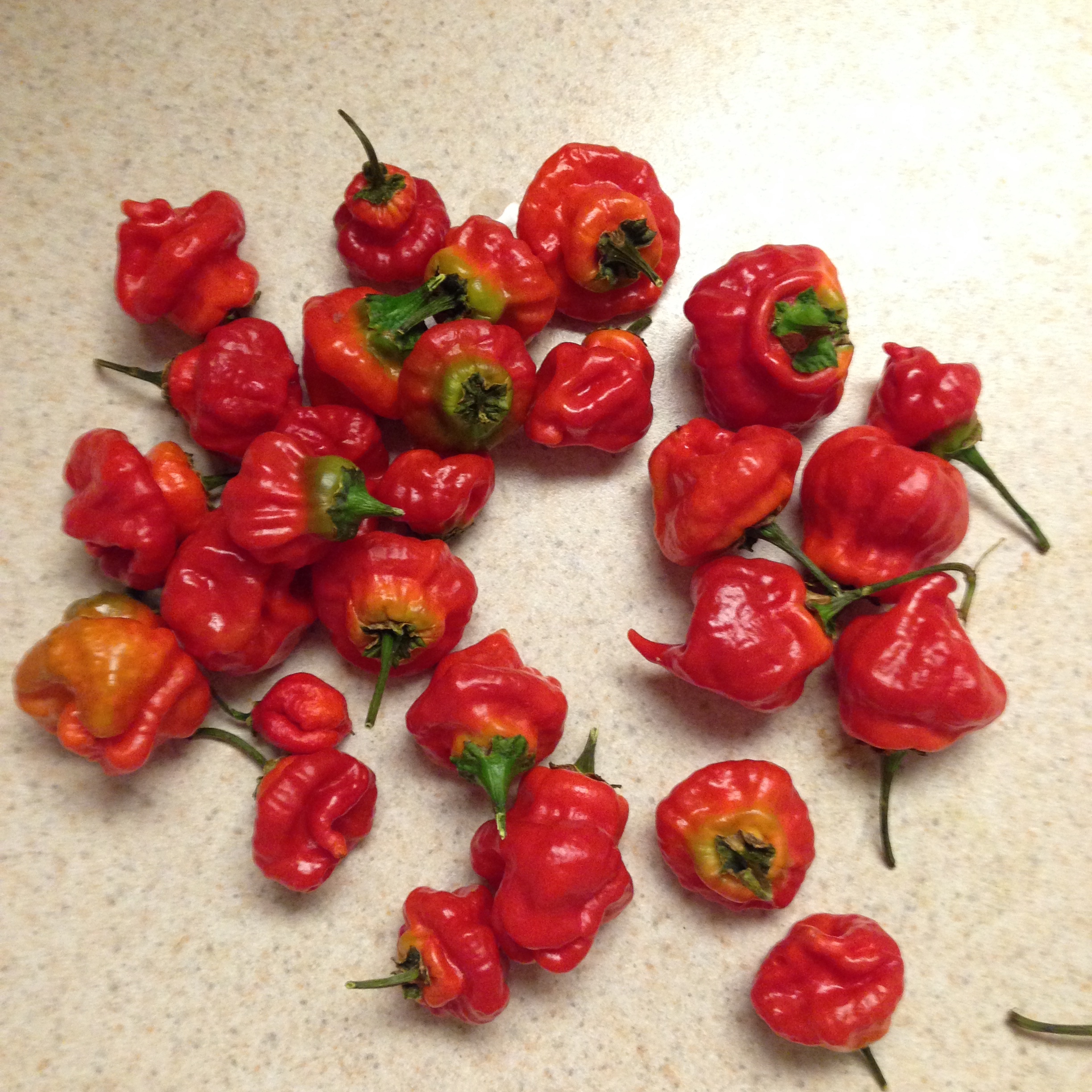 The Scotch Bonnet originates from the island of Jamaica and has become one of my “go to” peppers for both tremendous heat and flavor.  I absolutely love this pepper!

The first time I tried the Scotch Bonnet it caught me by complete surprise because up to that point my only experience with hot peppers was the Serrano.  To put it in perspective, a Serrano is around 30,000 Scovilles compared to Scotch Bonnet’s 350,000.  But really, what’s ten times the heat in the grand scheme of things?  Actually, I was terrified to eat this thing, but I grew it, so I had to try it.  Right?
I cut my Scotch Bonnet open, took a whiff.  Pfft, doesn’t even smell hot.  Down the hatch. Yum.  Not at all what I expected.  Super sweet, like a red bell pepper, with a fruity aftertaste.  Then, the heat kicks in.  A not so subtle reminder that I am, in fact… alive.  My eyes water and a series of fire breathing hiccups take my breath away as the heat builds to its 350,000 Scoville crescendo. For the next seven minutes a hot coal sears my mouth and I huff and puff to cool the flames.  Yeah, right. And just as it reaches the point where I can’t take it anymore… the heat is gone.  Wow!  I’m hooked.  Not only does the Scotch Bonnet have a delicious flavor but it packs the desired heat punch similar to the less-flavorful Habanero.  Next up… the Fatallii.
Categoryhow to grow peppers super hot pepper plants super hot peppers Uncategorized